For all your ZX-9R rubber issues

Thought I'd try a Metzeler since I'd tried most everything else, and thought it was wearing pretty good, but after getting home from a fun jaunt along the secondary coastal roads today, I was shocked to see the steel belts shining thru the center while giving it a post-ride checkout.

I bought it as one last stab at seeing if premium tires are worth the extra money, and I've come to the conclusion they're not. It warmed up okay and stuck pretty good, but nothing really special. You could run it on the edge without a lotta drama, but it didn't inspire the confidence tires of some others I've tried, even some of the ST tires that were quite a bit cheaper. And a look at my records show that I only got 4100 km before it was shot, so I am not impressed.

Seriously, I don't understand how all these folks with heavier and/or more powerful bikes get the mileage -9-12K - they claim in reviews, because I just cannot seem to break past 5000km with a rear, the one exception being a PR3 that lasted for almost 6K but felt like crap during the last 1000 km.

Anyway, checked my go-to online supplier and have pretty much decided to go cheap from now on , so I'll try a Roadsport 2 that's on sale .

If anyone here has had good luck with the mileage and handling performance of a particular rear tire, I'd like to hear about it. I don't mind spending extra if I get something for it, but so far I just haven't.
Any fool can slaughter a 600 lb Holstein steer with a gun. I did it with a KZ 750 (BTW, did I mention I also murdered Bambi's mom with my ZX-9R...

I had the same a few times, return home...fek.I bought some Metz M6 for the 14, and I'm not expecting much over 1800 miles.
Same as the 9, I have a spare set of rims/discs, so the rubbery things are more general-purpose, for the rainy/ice season. Mitch Pilots/Maxxis Diam.
You take the blue pill—the story ends, you wake up in your bed and believe whatever you want to believe. You take the red pill—you stay in Wonderland, and I show you how deep the rabbit hole goes. Remember: all I'm offering is the truth.
Top 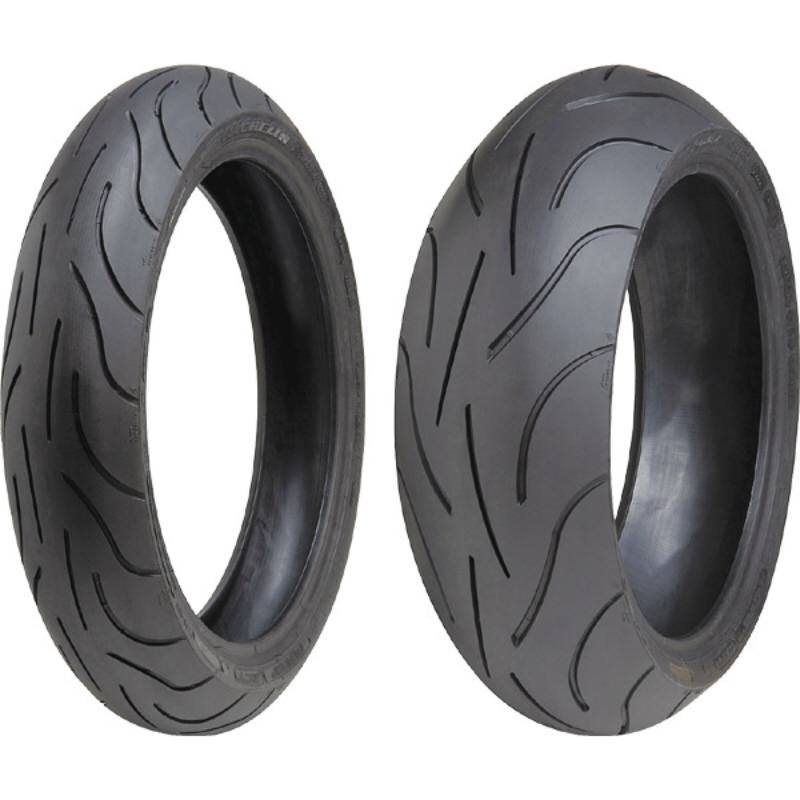 I have stacks of these: Michelin PP. They're good for about 4K mile at the front (bald), more or less than that on the rear depending on how much throttle you use when leaned over. They slide predictably when they get below the wear bars when on slick surfaces, like concrete or painted surfaces.

The Battlax BT-021 rear I used to run got 7K miles give or take. Don't know what I'd get out of it nowadays or if I'd even like how it performed. Seemed fine though, from what I remember.
Kawasaki ZX-9R Ninja EVAP sE1. At the track she's said to be outclassed, but on the street, she reigns unmatched. It's a years old claim, challenged from every direction, but always the same outcome or worse. I hear next year's challenger is going to do the trick.

Hate to repeat myself, but let me re-state it in no uncertain terms: you're doin it rrong!

Mitas SF+ that I have on the 9 last longer than the PPs, and I'm lucky if I get those 4K on those.
KILOMETERS11!!!11
Front maybe a little more.

I used to run these PPs on the zxr, and that's what I would get (roundabout) there, keeping the -40HP and lotsa torque in mind.


because they were kinda crap to begin with.
PR2s were OK; 4s or 5s were supposed to be better again or something like that.
Haven't tested the latter ones personally, though.
2002 9R / 1992 ZXR750
Top

O, you sound like one of my riding buddies, in a way.

He nags at me all the time about having no qualms about opening the throttle WFO in corners, when we're banked over doing some 180 turns. Duh, he's dealing with small old-skool twins or modern large twins with traction control. We're not changing each other's minds on this one. To each his own. As the old racers moto goes, I've right there with them. I've had the back end step out with too much throttle. I meter it from not on.
Kawasaki ZX-9R Ninja EVAP sE1. At the track she's said to be outclassed, but on the street, she reigns unmatched. It's a years old claim, challenged from every direction, but always the same outcome or worse. I hear next year's challenger is going to do the trick.

No wonder - MPP is simply too weak for that typa stuff.
Back in the day I had either the MPP, MPP2 or maybe even MPP3 a couple of times on the 9..

..so there I was filtering through the traffic all the way up to the still very red traffic light, getting ready to take off aside some car.

As planned, I got moving as soon as it became legal, dashing away so as not to stand in anyone's way - you don't wanna be rude - but
my powerslide out of that corner was not for the faint of heart.

The harder and older rubber Pilot Road 2s did slip on painted surfaces more and I did have to emergency stop on the highway once and that rear tire just sllllllllllid!

For a period I was putting on the harder touring tires because they were a better match for July-August riding, but if they were still on in September-October, they wouldn't get up to temperature. Then when I'd check what kind of mileages I was getting from them, it was barely 500 more, if that, so not worth the slide risk. Whereas the PP single compound is the same confident tire month in month out.
Kawasaki ZX-9R Ninja EVAP sE1. At the track she's said to be outclassed, but on the street, she reigns unmatched. It's a years old claim, challenged from every direction, but always the same outcome or worse. I hear next year's challenger is going to do the trick.